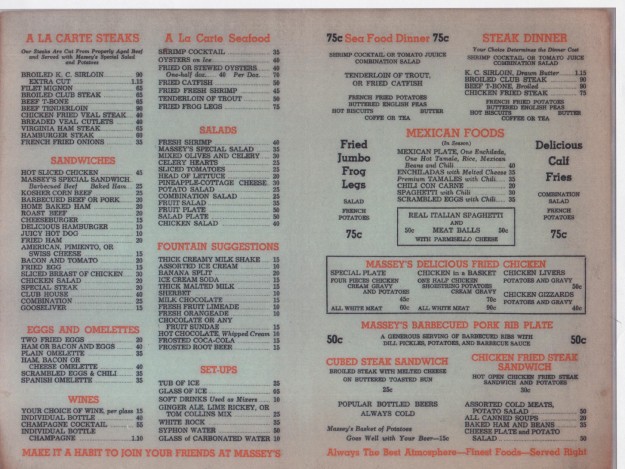 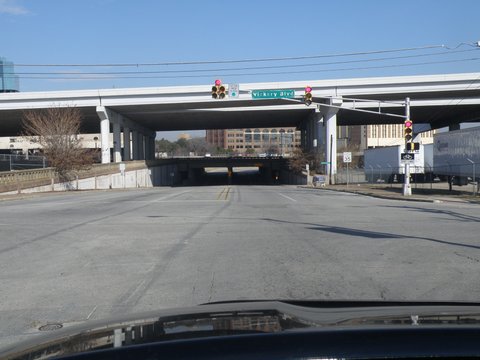 South Main Street underpass c1931 looking North. Last Photo of the Photo Expedition. Saturday the 28 the year of our Lord 2013. 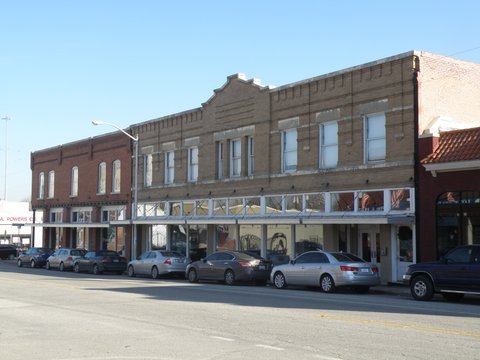 The Eagle Steam Bakery c1895 At 665 S. Main Street . The building originally housed the Eagle Steam Bread Company, one of the largest Bakeries in Texas. 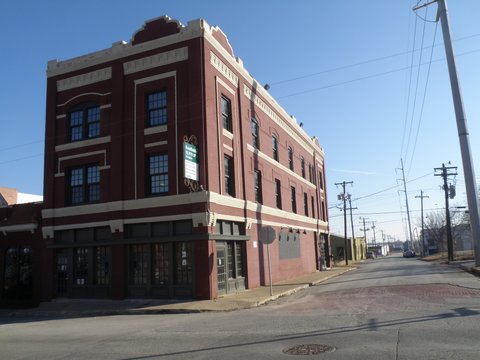 219 South Main St. Built in 1906. Built by the Monnig family for income purposes. During the 20’s it was the Texas Café. Up stairs was a boarding house. 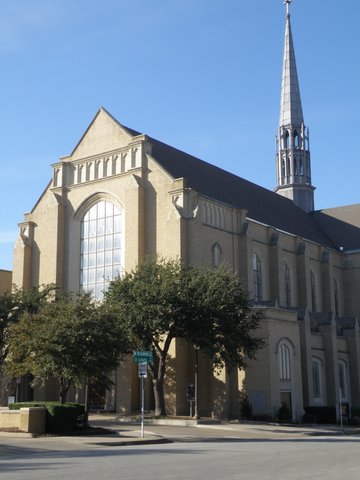 Broadway Baptist Church at 305 W. Broadway Ave. A woodframe building was constructed in 1886. The brick Sanctuary built in 1906 was destroyed by the Big fire of April 3 1906. The big fire consumed 20 blocks in the South side. It destroyed about 300 homes and business The T&P round house, 20 engines and 50 box cars. 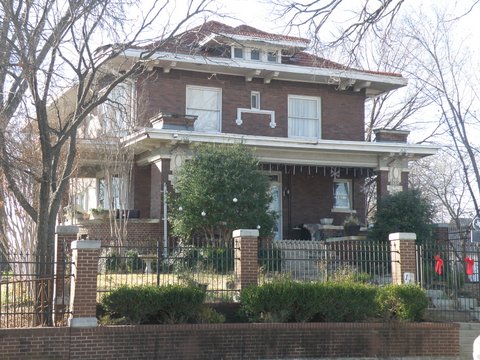 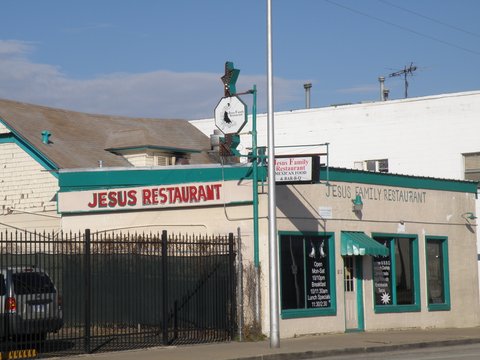 Jesus Restaurant, Ate there once several years ago. 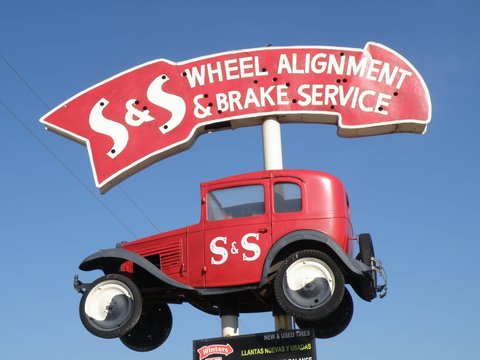 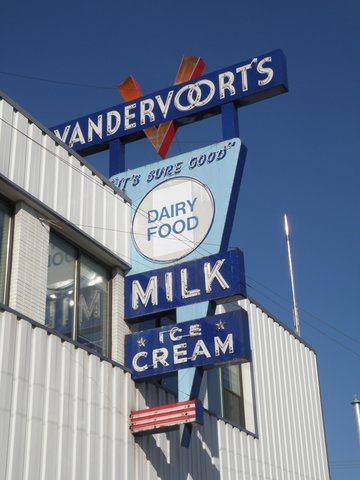 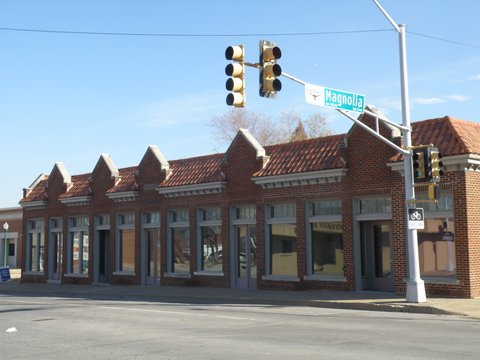 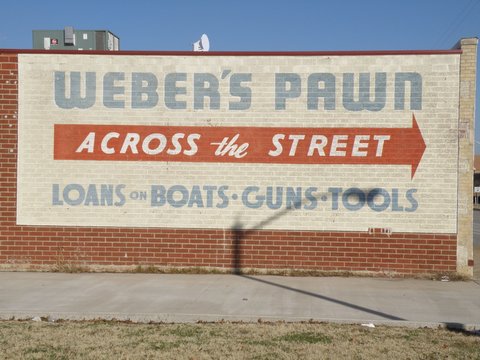 This sign on the side of the wall is all that is left of Weber’s. At Magnolia and S. Main. 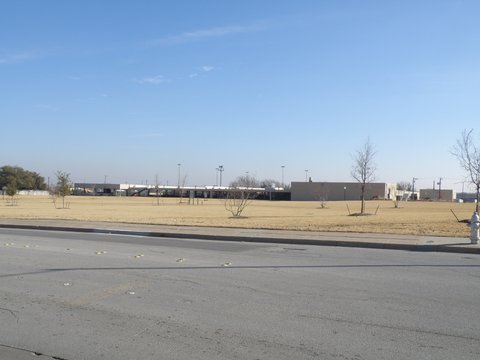 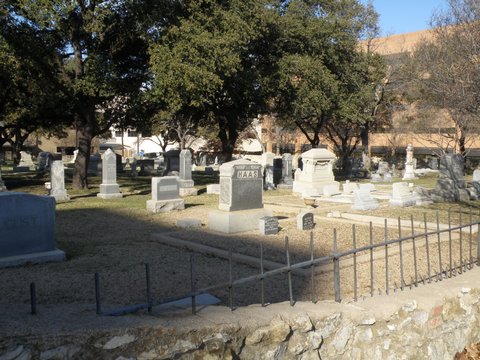 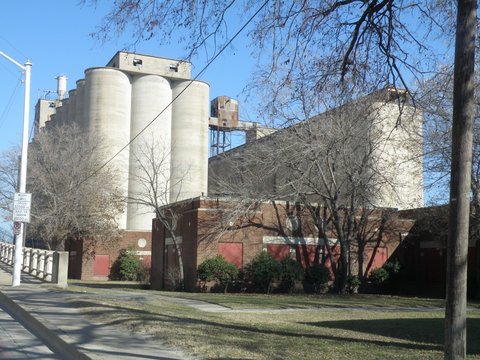 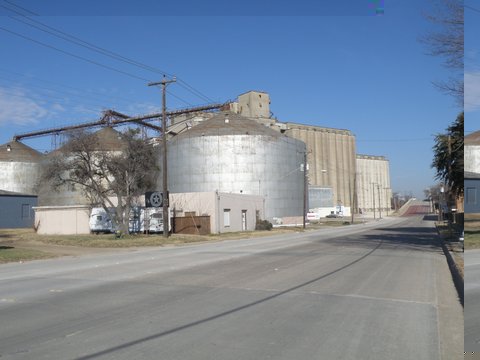 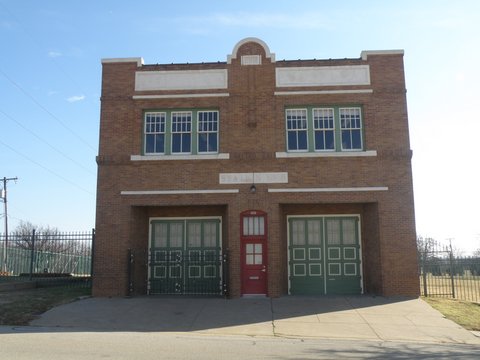 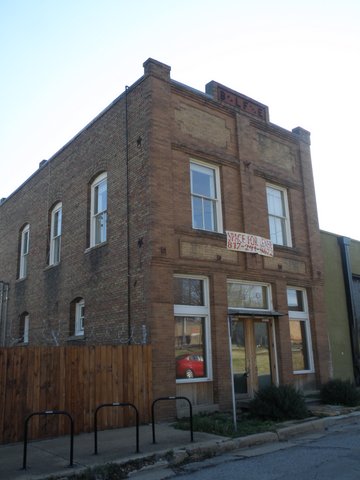 Off S. Main a block is The Brotherhood Of Locomotive Firemen and Enginemen Hall Built 1910. Founded in 1873. Located at 211 Bryan Ave. 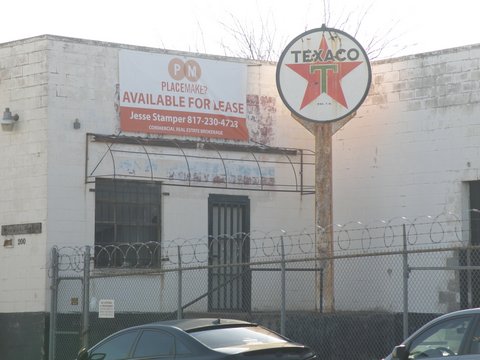 At East Broadway and Bryan Ave. is an old Texaco Sign. 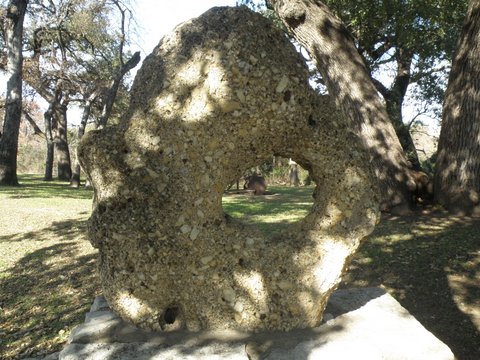 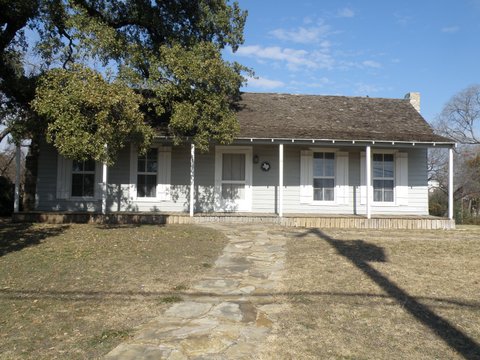 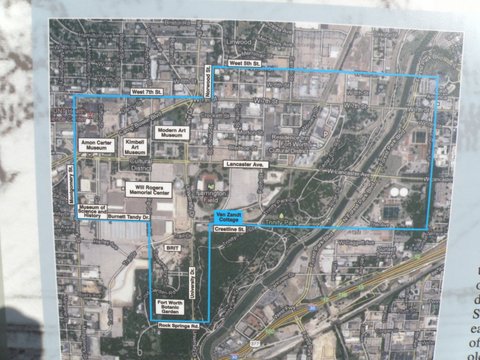 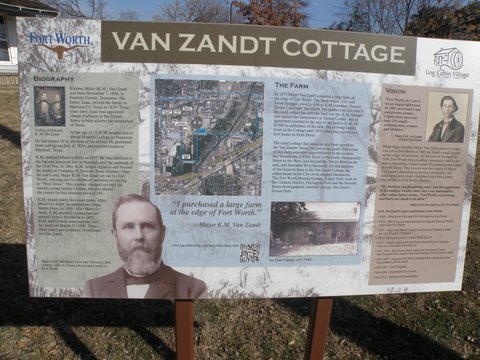 Les Crocker
What….in the World is that rock with a hole in it?????? Well, it’s Fort Worth’s first road building equipment. Wrapped a chain through the hole and pulled it with mules and graded the dirt roads. Located on the grounds of the Van Zandt cottage. The next Photo is the Van Zandt Cottage at 2900 Crestline Road, said to be the oldest house in Fort Worth on it’s original foundation. Mr. Van Zandt is largely responsible for the great City that Fort Worth has become. When he came t…o Ft Worth, the City was about to become a ghost Town. Some of K.M. Van Zandt’s major contributions to Fort Worth:
•1866 – Helped start first post Civil War school in Fort Worth
•1872 – Part of a group that negotiated to bring the Texas and Pacific Railroad to Fort Worth
•1875 – Organized Tarrant County Construction Company to grade final 30 miles of railroad
•1876 – First train pulled in to Fort Worth (July 19)
•1876 – Helped organize the Fort Worth Street Railway Company; first car on the tracks December 25
•1877-1930 – Served as a school trustee for more than 25 years, and President of the board of the First Christian Church until his death
•1883 -1930 – Organized Fort Worth National Bank with partners and was president until his death
•1885-1891 – City Treasurer
•1894-1896 – Fort Worth City Council
•1913-1915 – Park Board Commissioner

For your information, the Van Zandt Cottage can be found just to the South of Farrington Field. Check it out. 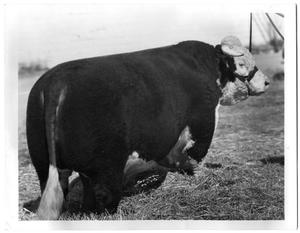 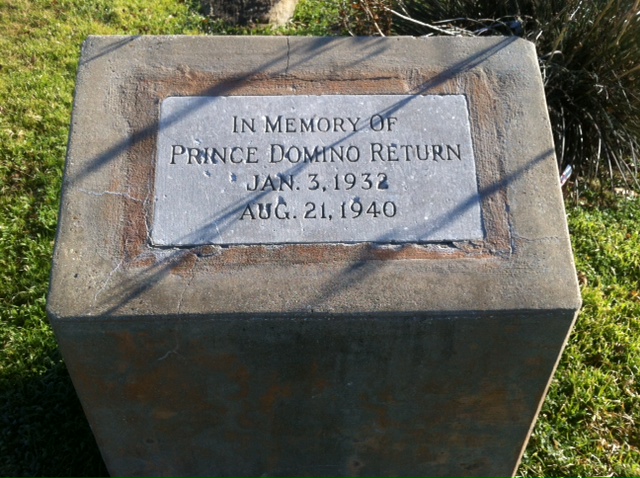