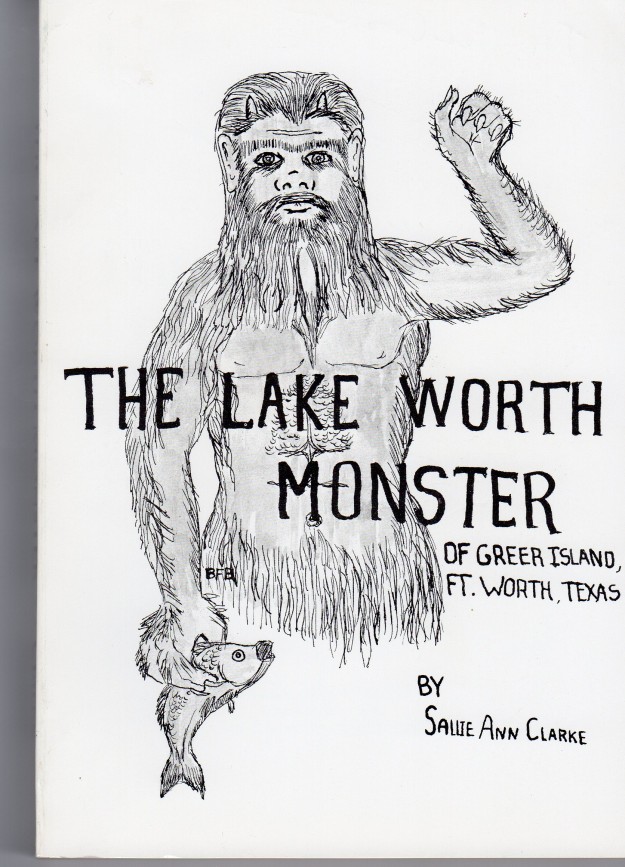 “The Lake Worth Monster of Greer Island Fort Worth, Texas”

By Sallie Ann Clarke, 119 pgs., 5×8 book. 20 photographs. From p.27, “It all began Thursday, July 10, 1969. As a resident of Ft. Worth, Texas, I have read the Fort Worth Star Tele-gram daily for the past ten years. I have never seen anything like I read in the Thursday morning issue. It said residents and tourists were frightened by a large white goat-like man, that jumped from trees onto tops of cars and grabbed for the people inside. The Friday evening Star Telegram told of the monster grabbing a tire still on the wheel, and after running up the side of a hill, hurling the tire about five-hundred feet through the air, toward a crowd of thirty or forty people: then running out of sight into the underbrush and bushes.” Several accounts of eye witnesses who say they saw the monster. There is a picture of a tire that is said to have been thrown 500 feet. This is a very interesting little book. Book is in excelent new condition, out of print and rare.

As Sallie said, “The legend never seems to die.”

“SPECIAL” Included with this offer is a small wallet size photo of the “Monster”. This photo was taken by Allen Plaster on Oct. 19 at 1:15 am. Probably around 1969 or so as the “Monster” was making his rounds of Greer Island.The photo appears to be the “Monster” as he was walking away. 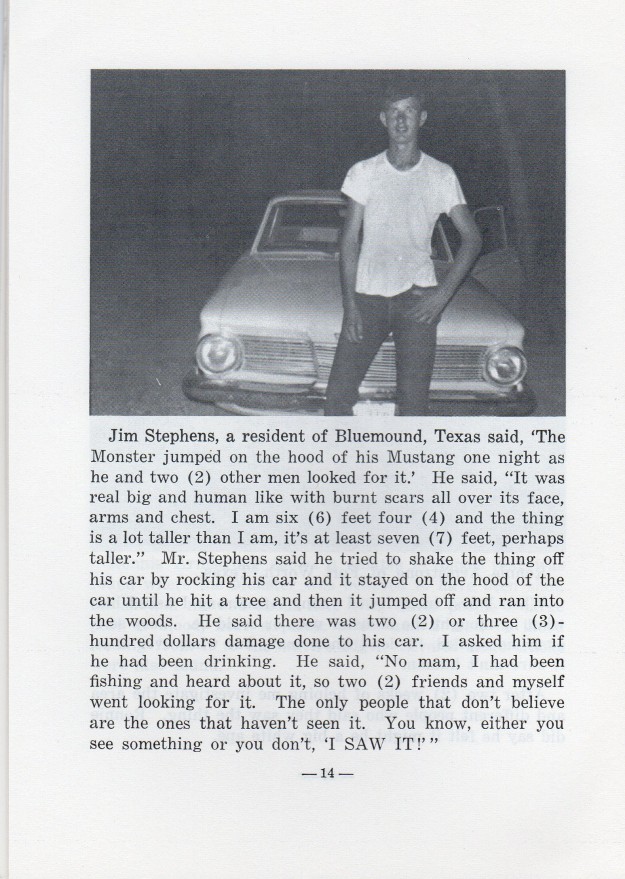 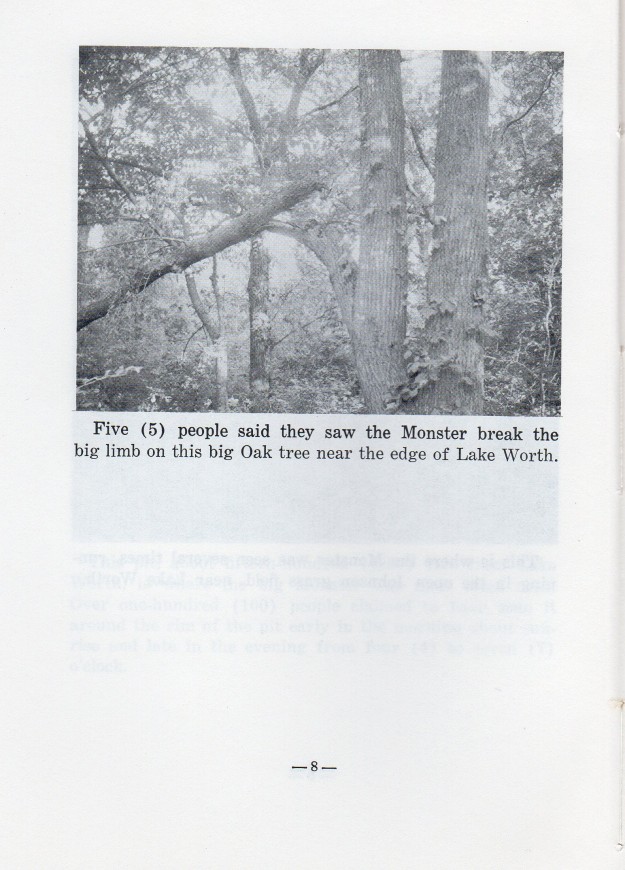