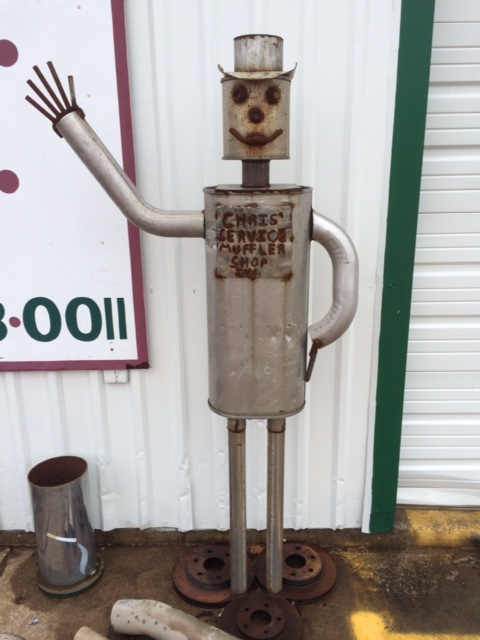 “Texas Bull” consists of 6 Dodge Diesel Mufflers and a Toyota muffler for the head. Built by Monika Phillips of Tyler.

Have you seen a Muffler Man during your travels? Did you get a picture of him? Do you know where one is? If you do, send us a picture and we’ll put it on the Muffler Man Page and give you credit.

I took the photo to the left in September 1998. I thought, Well, I will just drive around Ft. Worth taking pictures of other Muffler Men and put them in “The Journal” also. I drove around and around Ft. Worth, but no Muffler Men anywhere to be found. Then I read the “Star Telegram” and found out that a man had gone around to all the muffler shops and talked them into letting him put them in his art show. So, I guess we’ll have to settle for only this one for now. 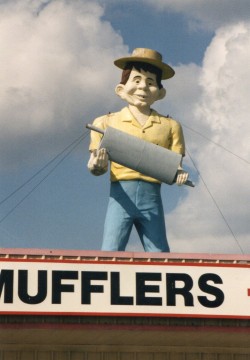 These Muffler Men were made from fiberglass by the International Fiberglass Co. from about 1960 till 1974. They were sold as attention getters for retail stores. This particular one was about 20 feet tall and was known as “The Country Bumpkin” and was sold to miniature golf courses. They were also known as “The Alfred E. Newman”, also “Happy Half Wits”. Located at Dallas tx. Northwest Hwy.” AKA” Loop 12 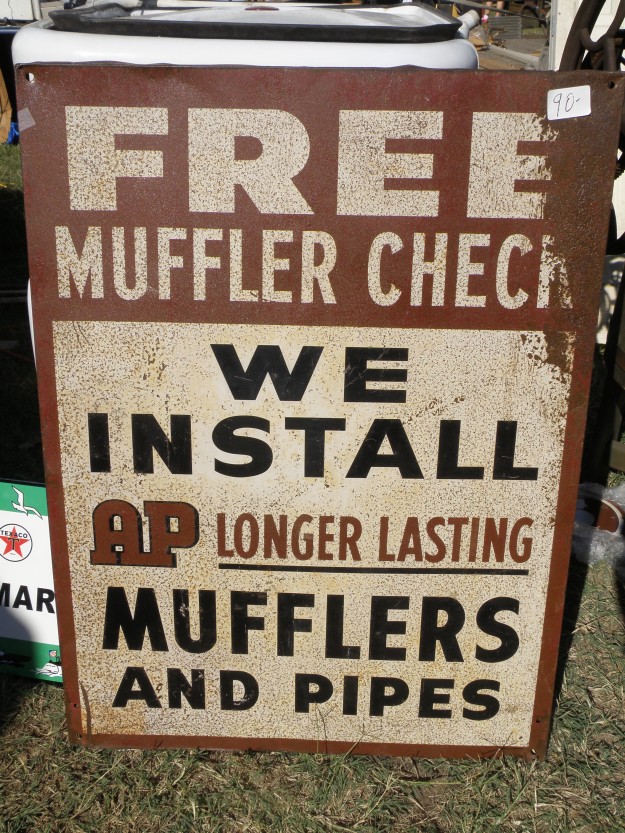 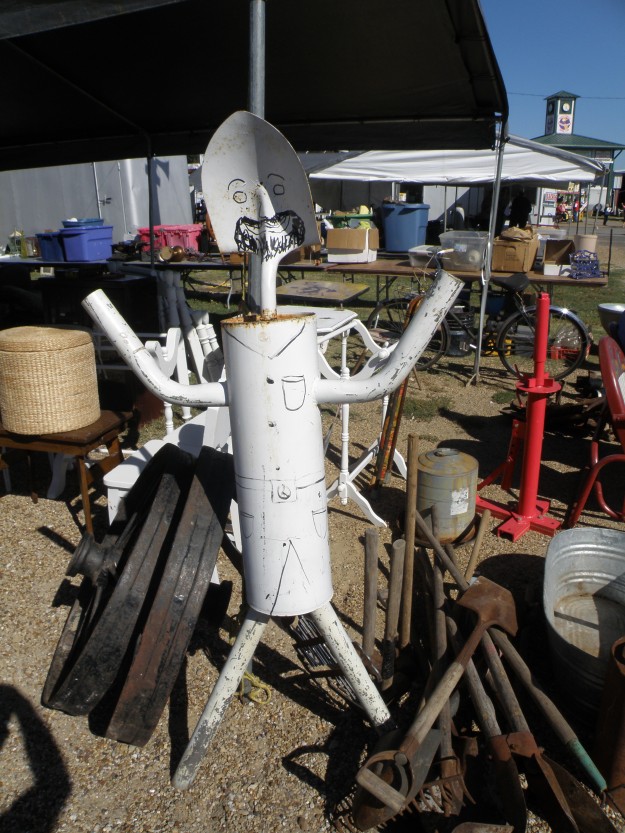 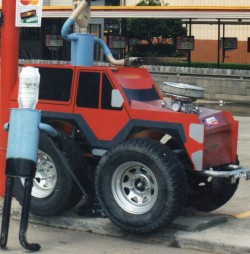 Ripley’s Mufflers at 810 Loop 336 Conroe Texas. .Mr. Muffler Man in the blue pants is jacking up the Hot Rod with a floor jack, 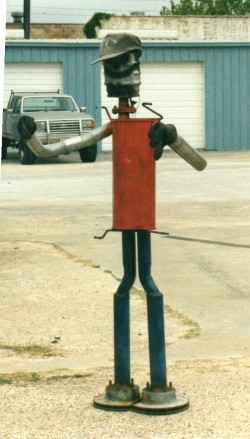 A Galveston Muffler Man, has Gloves and a gimmie hat, well dressed for a trip to the beach. He is at The Island Muffler shop at 51st. st. and Broadway. 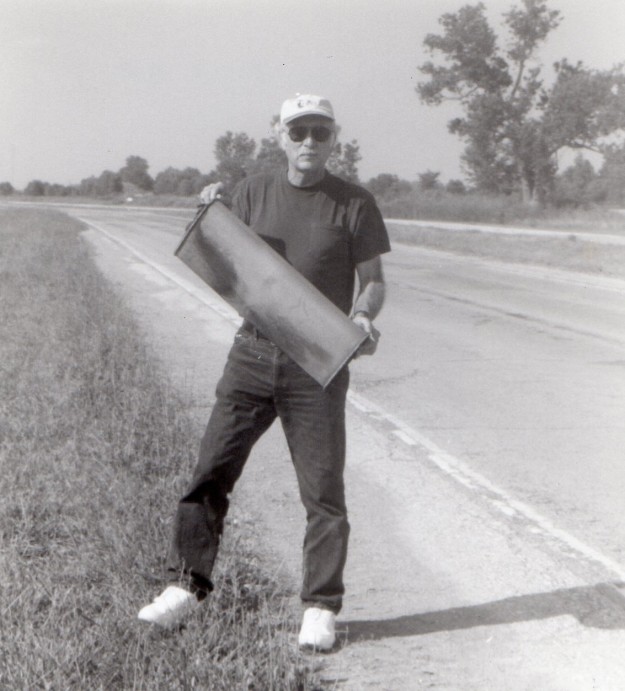 Illinois Muffler Man….That’s Old Route 66 in the Background. We were tooling down the highway when I saw this muffler on the side of the road. Made a quick turnaround and Neva snapped the Photo. When you do odd things like that people driving by tend to look at you like your strange. Note the gimmie hat on this muffler man, it says TEXAS.

Walking the Dog on Robert’s cut off Road in Sampson Park Ft. Worth

Martin Discount Tires on Jacksboro Hwy.in Reno Tx. This guy is wired and his eyes glow red at you, but not now, he must be asleep. 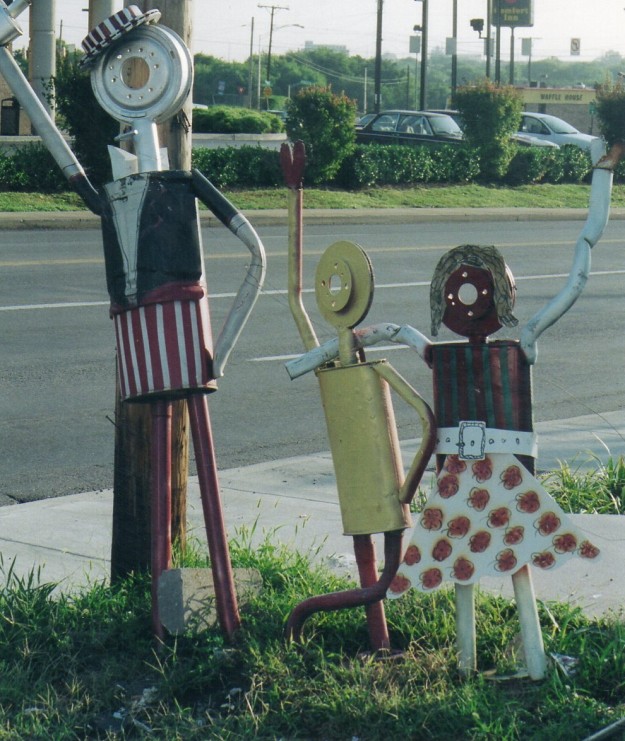 A very Patriotic Muffler man with a cool hat. Looks like his daughter and son with him. A&R Muffler Shop 5621 Charlotie Pk. Nashville, Tenn.

A very happy Patriotic Muffler Man-no gimmie hat for him when a United States Flag will do. 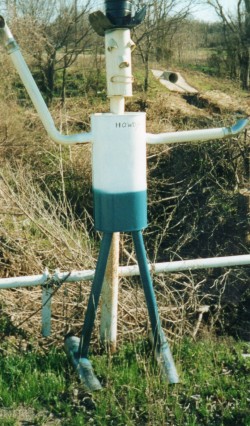 Tommy’s Muffler Shop Hwy 17 Mineola Tx. Look at all those body parts at his feet. Is he a cannibal or a sawbones. 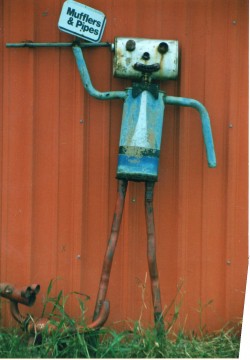 We were on our way to Placious tx. driving through the little Town of Rosebud when we saw Mr Blue Muffler Man with his little dog at his feet. Dude has a bow tie on. 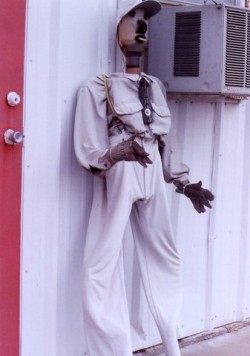 Think he resided in Mineral Wells for a while. Yep.. It was at A&K Mufflers 1208 E. Hubbard St. 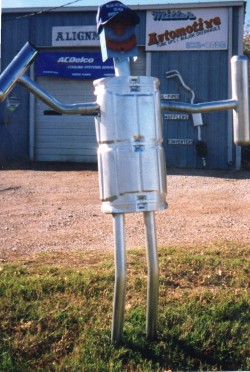 This is not exactly a muffler man but a tail pipe man. Found him at 3425 Hemphill St.. 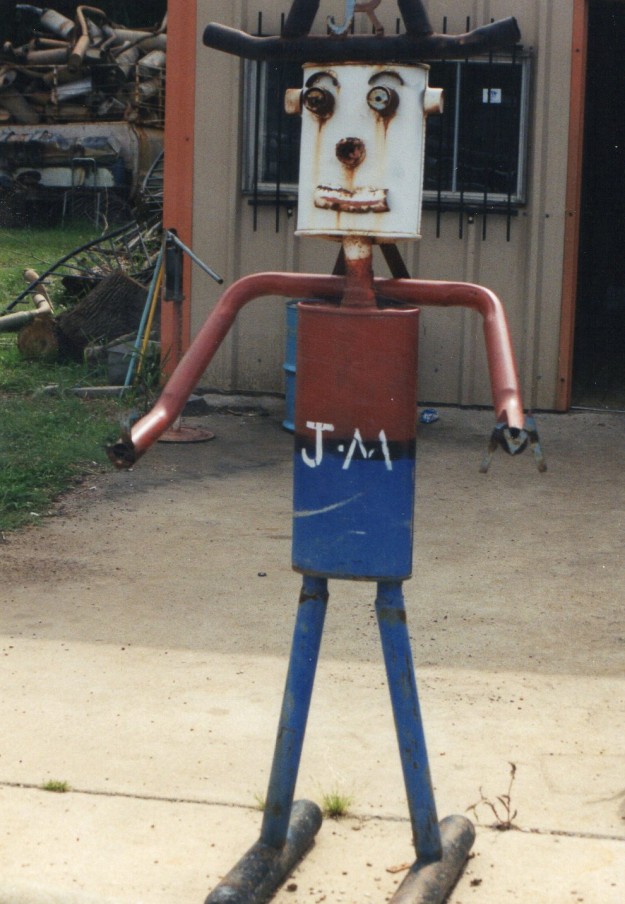 This Muffler Man’s name is JR (see name inside his hat) JR Resides at Big D’s Muffler Shop in Azle. 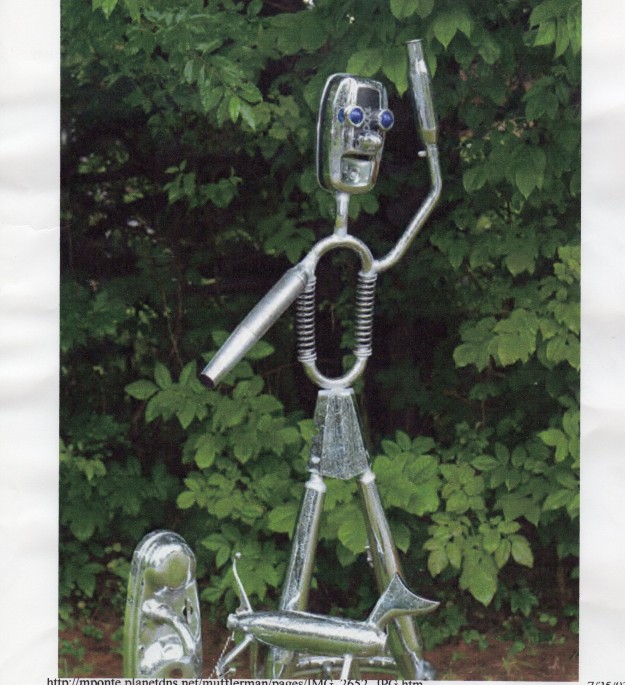 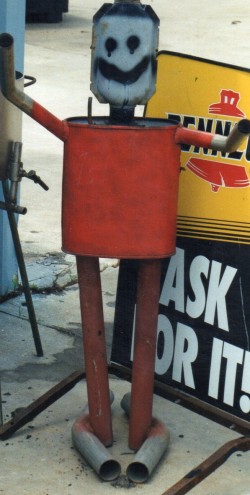 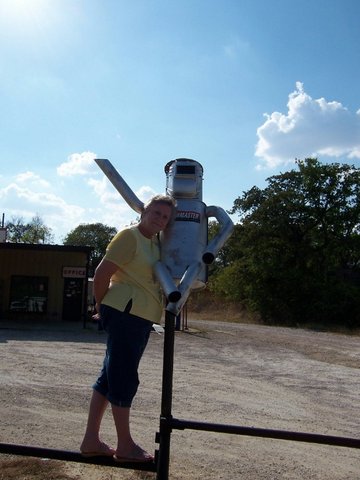